Every year I like to do a round-up of my best mom fails. In more recent years, my kiddos have actually started taking great pleasure in pointing out all the ways they’ve been let down over the year. Here are their top picks for 2018:

My 16-year-old daughter requested a lava lamp for Christmas when she was 12-years-old. I didn’t get it for her then. But I did provide her with a beauty this year, which she liked to point out, was four years late and no longer wanted. Good thing it wasn’t wanted, because I ended up breaking it. While reaching for my wine glass. That’s two mom fails for the price of one!

Our family was heading into a pizzeria and the nice family leaving their table had a couple of jugs of half-full soft drinks left on the table. I instructed the server to leave the drinks there and just bring around some fresh glasses. Apparently my kids found it offensive that I expected them to drink strangers’ left-overs. Sounds a little privileged, if you ask me!

I reluctantly brought my tween daughter to meet some of her favorite YouTubers. I thought it was going to suck, but in the end, I befriended said YouTubers…..much to my daughter’s disgust. Apparently she is still cringing over this picture.

The Beaches Turks and Caicos Renege

I was invited to speak at the fabulous Social Media in the Sand Conference in 2017. I had told my biggie kids that I would bring them along. But, Mother Nature did a number on the Caribbean and the conference got postponed to 2018. Well, by that time, I didn’t think my big kids could miss school anymore since they were nearing the end of high school. As such, I said “So long suckers, I’m bringing the three little ones!”  They thought the sibling swap-a-roo lacked some basic parenting rules, such as following through with promises. Meh.

By dumb luck, I was at a conference and somehow landed a ticket to the Ed Sheeran concert that was in the town I was presenting at. So I went. While I was there, I wore my “Bad Mom” shirt and taunted my children all night on social media that I was at the concert, and they were not. They really appreciated that one.

So, sometimes we fail, but mostly we win at the parenting game. As I often say: I gave up on mom guilt four kids ago.

Wishing all you moms a fun and guilt-free 2019! As you were.

Julie Cole is the co-founding vice-president of award-winning children's label manufacturer Mabel’s Labels. She has helped her company bring their product to a worldwide market, gain media recognition and win countless entrepreneur awards. Cole is a regular television contributor, an influential and syndicated blogger and a mother of six. Follow her on twitter @juliecole and Instagram @cole.julie

View all posts by Julie Cole
Prenatal Yoga: 3 Reasons to Stretch During Your Pregnancy
Holiday Wine and Cheese Pairing Tips (For Tired Moms) 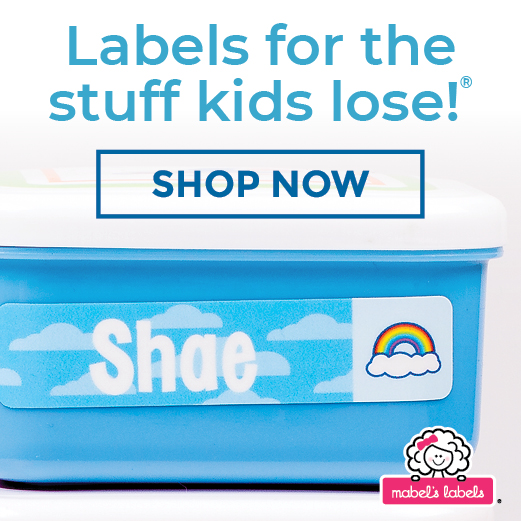 The Mabelhood is every parent. It’s about the daily struggle. The big emotions. The amazing rewards. It’s about love and happiness and levity and laughter. Join our parenting community for tips, storytelling, organization and so much more.